Who is St. Alban? 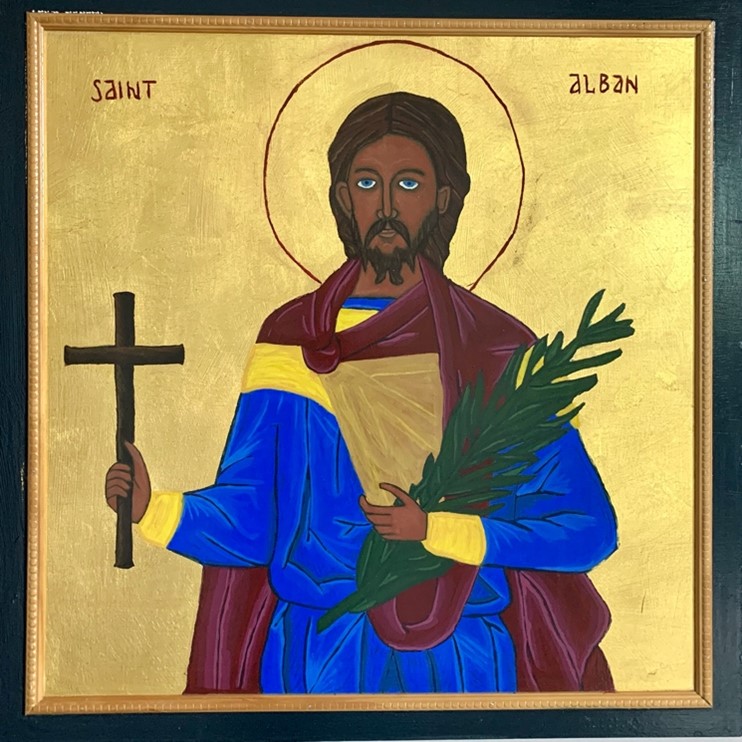 This coming week, we will celebrate our patron saint, Alban the Martyr, with our virtual pilgrimage to England on Sunday, June 21 and our car parade on Monday, June 22 (read more about these events below!) How much do you know about St. Alban? Read on to learn more, courtesy of the St Albans Cathedral website:

The story of Alban is a remarkable one. It not only takes us back to the beginning of the Christian faith in Britain and to a time when religious freedom was forbidden, but it is also an astonishing account of standing up for what you believe in.

Alban lived in the early third century in the Roman city of Verulamium, just down the hill from where the Cathedral stands today. One day he gave shelter to a stranger fleeing from persecution. This stranger was a Christian priest, now known as Amphibalus. While sheltering the priest, Alban was inspired by how important faith was to the priest and asked to be taught more about Christianity.

When discovered, he reportedly said, “I am called Alban and I worship and adore the true and living God.” Alban refused to renounce his beliefs and the magistrate ordered that he should receive the punishment intended for the escaped priest. Upon this ruling, Alban was led out of Verulamium and up the hillside where he was beheaded.

Alban is honoured as Britain’s first saint, and his grave on this hillside quickly became a place of pilgrimage. This story of an ordinary man, doing an extraordinary thing has endured and continues to inspire to this day.

Oops, you forgot something.

The words you entered did not match the given text. Please try again.